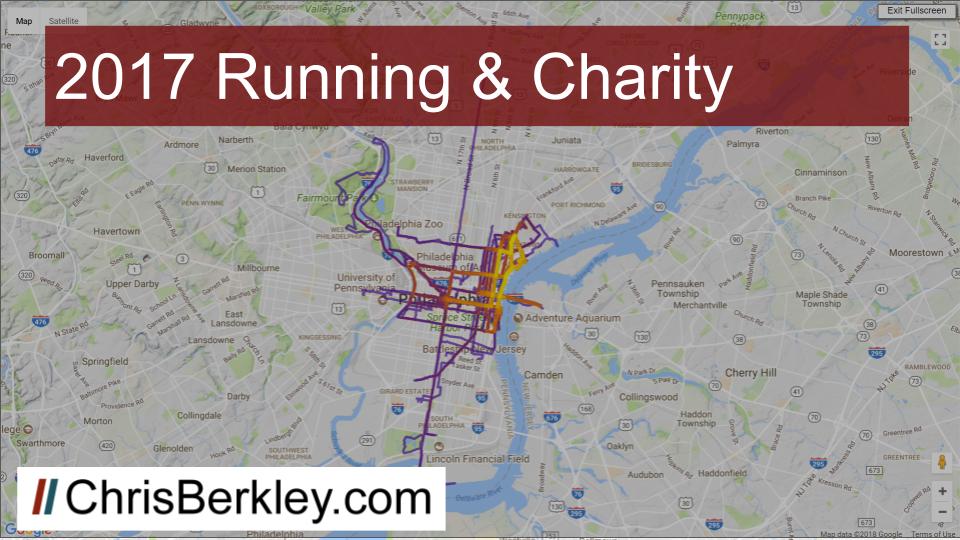 At the beginning of 2017 I committed myself to increasing my charitable giving. 2017 was a landmark year and I’d be naive to think that I got here by myself. No matter how much hard work you put in, there’s always someone who helped you along the way, and I feel it’s my responsibility to pay it forward.

I’m also an avid runner and in 2017 I made it my goal to donate $1 for every mile I ran. That motivates me to get out and run on days when I don’t feel like it, because I’m not just doing it for myself. It’s no secret I’m a data nerd, so I use GPS and Strava to map out all my runs, and the mileage is recorded.

In 2017 I ran 580 miles, primarily in and around Philadelphia. This heat map shows where I ran the most, often with the Fishtown Beer Runners, my running club, which I’m proud to say also does a lot of fundraising and charity work. 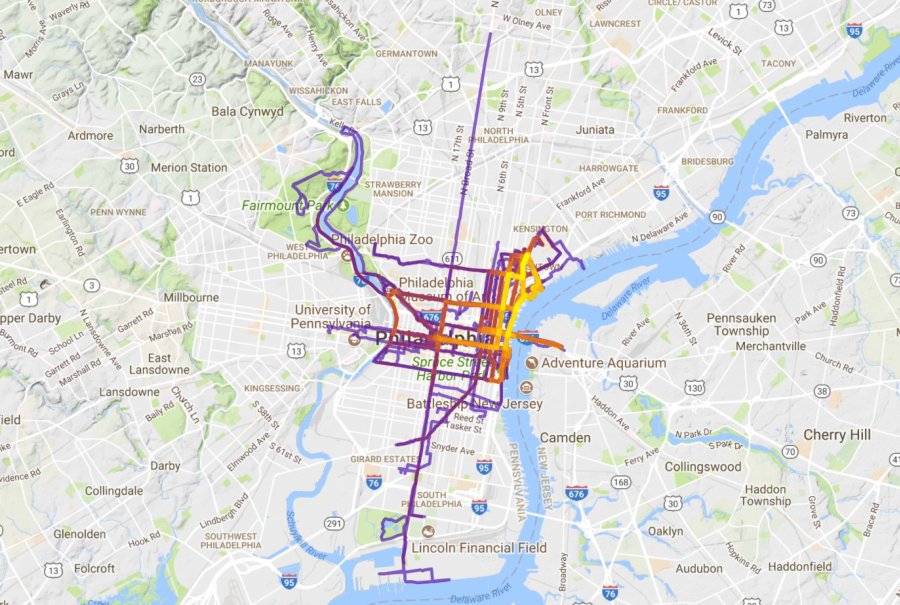 Giving was split between several different organizations, all of which I support in their mission and morals. The breakdown is as follows: 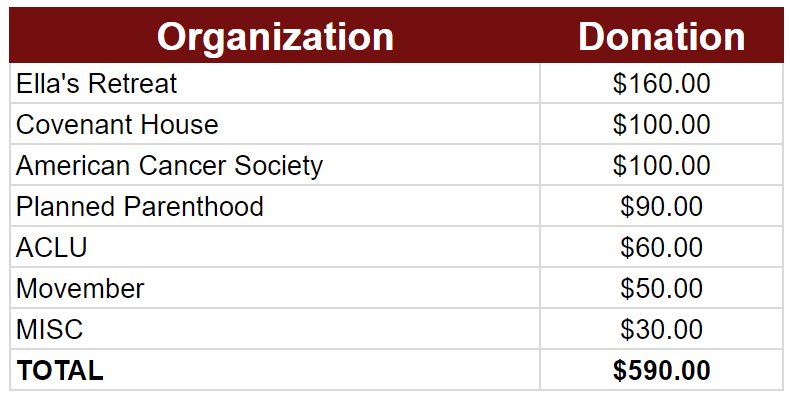 Most are straightforward. The two top organizations are local to Philadelphia.