Two years ago I bought a steel On One Inbred frame and built it into an all mountain-style hardtail using parts off my Stumpjumper. It was a great bike – similar geometry to my long travel full suspension rig, but with a sprightly playfulness not present there. It had a 140mm Fox Float, 1×9 X.9 drivetrain with Mavic wheels, a short stem and a wide bar. It was a candy cane red and white and weighed just over 27lbs. Not too shabby for a parts bin build. I enjoyed it immensely for days when I didn’t want to lug around the extra heft of my fully. 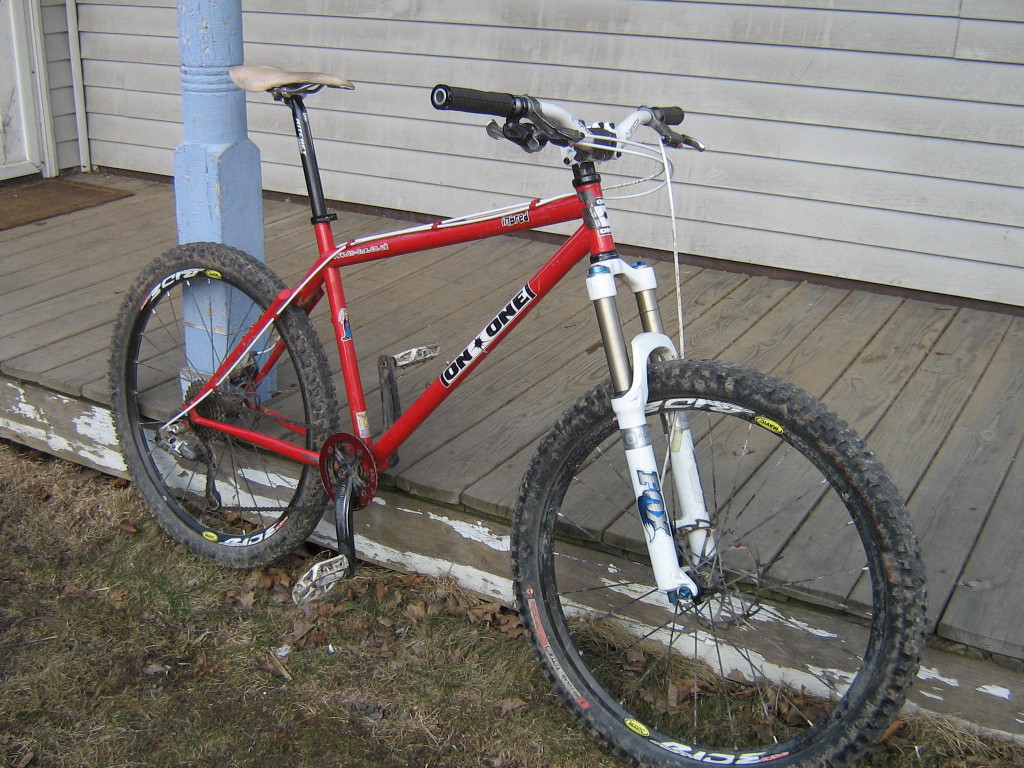 I say “enjoyed” (past tense) because on my second day living in California, an active member of the scum of the Earth club stole it off the back of my car while I was looking for apartments. I filed a police report, but as most are surely aware those rarely go anywhere and finding stolen bikes falls slightly below ticketing jaywalkers on most precincts’ priority lists. Such is life.

A couple weeks later I was jonesing for the lovely ride quality of steel, so I started building another similar bike up. I picked up a Ragley Blue Pig frame for cheap, found a Rockshox Revelation on Ebay for pennies on the dollar and got to work. I rode that bike for a while, but it wasn’t the same. The frame alone is much beefier and overbuilt and that contributed to a overall bike weight that was 2-3lbs more than the On One. And it wasn’t as pretty. (It doesn’t matter how nice the bike rides, you still have to look at that face every morning)

So began the quest to find another one. I sourced an 18″ frame on craigslist in Oregon for $75 and the seller agreed to ship it. It was in rough shape but I was OK with that. I had secretly hatched a plan for some custom additions. The frame I bought had the cable guides ground off – I’m not sure why. I also wanted to add ISCG tabs for a proper chainguide, and remove the fender/rack mounts. My friend Paul welds BMX frames for a small company in the Binghamton area so I ordered parts from Paragon Machine Works and he offered to do the work for me. 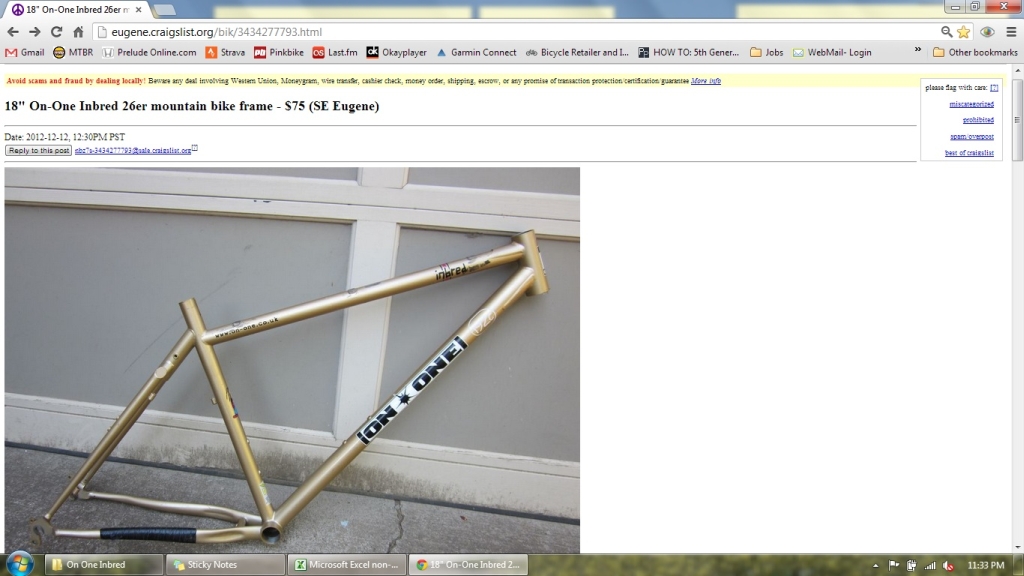