After I got the frame welded up, some product testing was in order. I was planning on having the frame powdercoated, which would be a fairly expensive endeavor and I wanted to make sure everything worked. The only bit that really needed testing were the ISCG tabs. So I built the bike up, mounted the chain guide and hit the road (literally and figuratively). 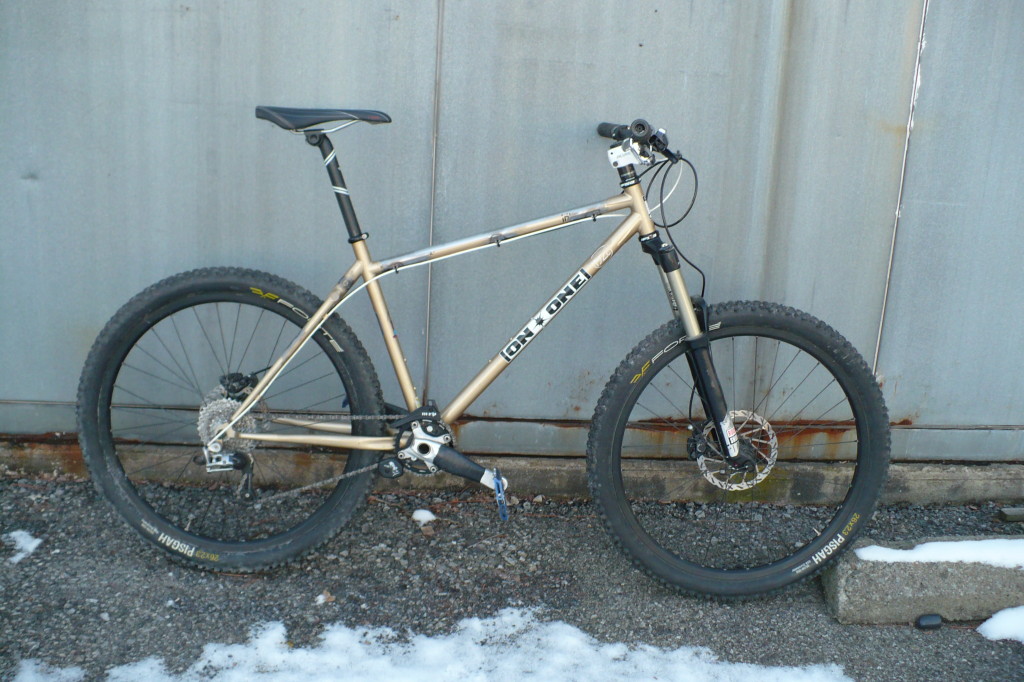 The weather was nice on my day off and I decided to ride the rail trail over to some shorter local trails that wouldn’t have too much snow on them. It totaled twenty-eight miles and everything checked out but a lot of the more technical parts were icy and I had to walk – so I couldn’t thoroughly test everything.

The next weekend I mounted some slick tires, climbed into a truck with some friends and drove to Cleveland to ride Ray’s Indoor Mountain Bike Park. The drive was hell on the bike. I had loaded my (largely) raw steel frame onto a Thule T2 and proceeded to put it through 480 miles of rain, snow, sleet and the rest of Pennsylvania’s winter misery (which I’m convinced is more miserable than that of the states that surround it) en route to indoor goodness. Here’s some gratuitous hack GoPro footage of me rolling the pump track (no pedaling, I swear!).

This bike isn’t much of a dirt jumper, and if I was going to ride Ray’s a lot I’d get something else – but for the odd seasonal visit it held its own and I had a blast. Most importantly it confirmed that the bike was 100% mechanically. With that said, the only thing left to do was paint it!
Part Five will be the most exciting yet, as everything starts to come together.