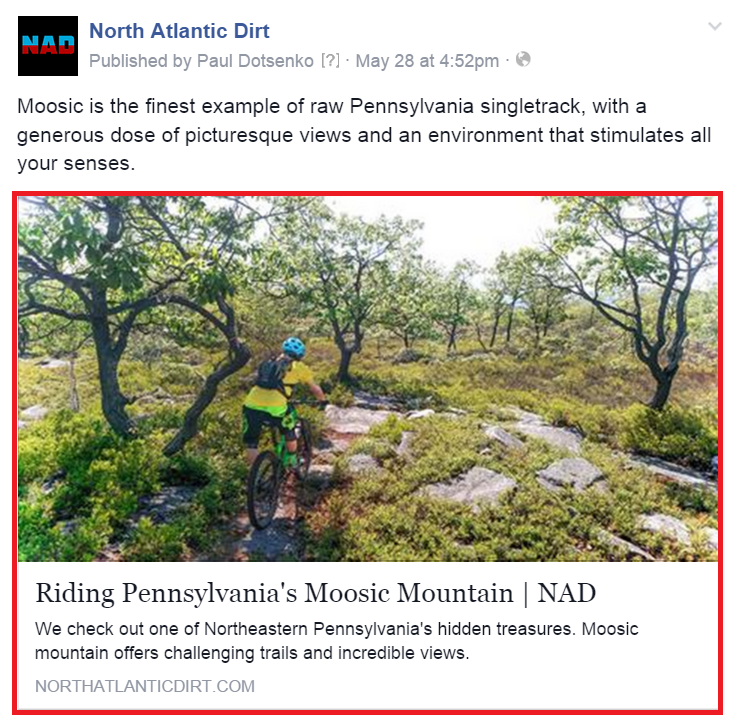 It actually started with the way I was formatting blog posts on WordPress. In this particular case, I formatted the post with an introductory paragraph and an image, then inserted the “read more” tag to hide the rest of the article on the main blog page.

Investigating how the site performed on mobile, it became obvious that if you wanted to click through to the full post, tapping the image in the truncated preview was the obvious move. For one, it’s a much bigger and more satisfying  tap target than the post title or the “Continue Reading” link (full disclosure: this site does not meet mobile-friendly criteria).

Facebook’s Opengraph tags are a brilliant piece of engineering. Few things in life offer the same satisfaction as that moment when you drop a link into the status update box and watch it render seconds later. It’s really one of Facebook’s more redeeming qualities.

The red boxed-in area is the link preview generated with Opengraph tags. 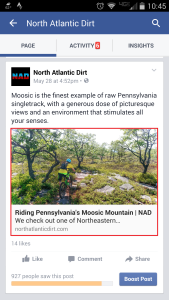 Click anywhere in that red box – the image, the title, the description, the URL – and you’ll be taken to the link destination. It looks clean, there’s no confusion and it’s a very smooth process. On mobile, it’s a total breeze.

Boxed in red, the only tap target for the link.

Now let’s compare to Twitter. All other factors aside, Twitter makes it decidedly LESS convenient to follow a posted link. For one, posting a link alone does nothing for the user from a visual standpoint. In the news feed, a text-based tweet has no frills, no extra features, no pizzazz. And that’s a problem, because this is where most users consume content. 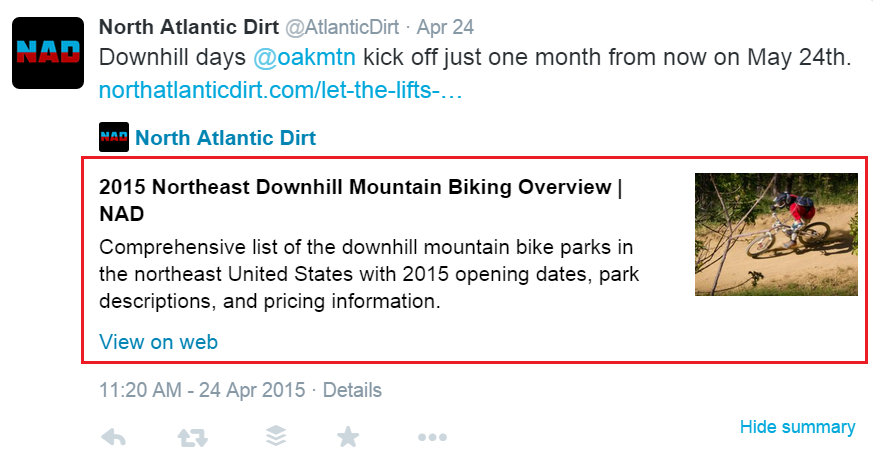 Anywhere in the red box, works as a link.

So what to do? It has become fairly standard practice to include both an image and a link to a tweet. The problem? Same as before – clicking the image doesn’t take you to the link destination. In fact, the image is almost distracting, as it draws attention away from the link. There’s a long list of things I’d like to see Twitter do, but changing the way links and images are presented is at the top of the list.

Because criticism without a recommended solution is just negativity, here are some ideas…Twitter can do one of two things:

A) Change the way Twitter Cards function so that they display rich media in the news feed.

B) Allow users to link images to URLs, so that clicking the image takes them to the destination page.

Sure, there are a lot of differences between Facebook and Twitter, but I firmly believe this is one reason why I have found Facebook to drive more traffic than Twitter, even despite its pitiful organic reach.